The Dworp trail takes you to some of the finest spots in and around Dworp. Starting point is the former town hall in the centre of Dworp, which is renowned for its ornamental crow-stepped gable. To the right of the building you can see an authentic 17th-century pillory, a relic of the administration of justice under the Ancien Régime. The trail then heads southwards along part of the original Henri Conscience route. As you continue along the banks of the Steenputbeek, you reach the Vroenenbos and the Krabbos, two offshoots of the larger Hallerbos. In the spring months, millions of bluebells blossom, creating a brilliant blue carpet across the forest floor. Once out of the woods, the trail again curves north to cross the main road. Just a few hundreds of metres away stands the Gravenhof Castle, a late 18th-century castle with typical grass areas, which today has been converted into a hotel-restaurant. The trail then climbs along the Solheide towards the Begijnenbos. Continue along this stretch of greenery, which was originally owned by the Brussels beguinage, until you reach the Duivelsborreweg. For the last kilometre you follow the Molenbeek via the Sint-Laureinsborreweg until your reach the centre of Dworp, where you can chill out in one of the typical local pubs. 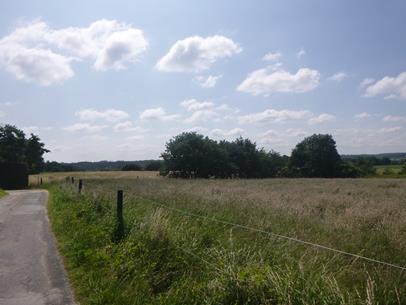