The area of the Kesterbeek, which is rich in natural springs, forms the backdrop of the Kesterbeek trail. This hike makes a loop through the fields and forests on the border between Beersel, Dworp and Alsemberg. The starting point is the Herman Teirlinckplein, the church square in the heart of Beersel. Near the parish church on top of the Uwenberg you will find the Herman Teirlinck house. In this villa built in 1936, Herman Teirlinck spent the last 30 years of his life. Teirlinck can be considered one of the most influential writers Flanders has ever known. Via the Karpattenweg, a small walking path between gardens and along ponds, the trail goes uphill to the recently restored St Lambert’s chapel on Laarheide. It then continues and leads to the “Tuin der Onlusten” (“Garden of Distress”) on Klutsstraat. This garden is a creation of the artist Al Balis, who gathered a variety of discarded materials and blended them into a bizarre work of contemporary art. After walking down narrow field roads and hiking paths, you cross the Meigemheide, a protected landscape, to then reach the Begijnenbos. At the edge of this forest you have a spectacular view of the surroundings. After leaving the woods, the trail heads back north to the centre of Beersel, via the steep slope called the ‘Bruine Put’. Along the way, at the roundabout onto Laarheidestraat, you come across a beer barrel washer. After climbing the Beerselberg, you are again at the point of departure. 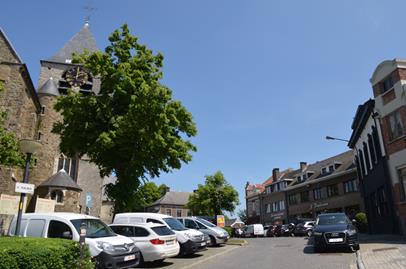 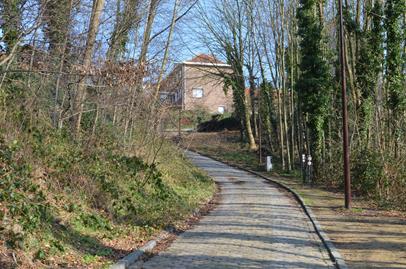