In the centre of Dworp you can find some remarkable buildings and monuments. There is the former town hall along the Alsembergsteenweg. Built early 20th century, this building is located on the spot where the old, Romanesque church of Dworp once stood. The former town hall is characterised by its typical crow-stepped gable, its yellow bricks and the coat of arms above the front door. Next to the old town hall you will find an authentic, late 18th-century pillory, a silent witness to the administration of justice under the Ancien Régime. A bit further along the road, we have St. Gregory’s church, the ‘new’ neo-Gothic church of Dworp. This large church was built in 1894 to replace the Romanesque church along the main road, which had become too small. Near the church you will find the presbytery of Dworp, a stately 18th-century town house. The centre of Dworp also offers plenty of friendly cafés where you savour a wide range of beers including the delicious Oude Geuze from the artisanal geuze blender Hanssens. If you want to explore Dworp and its surroundings further, be sure to sign up for the Dworp walking trail. 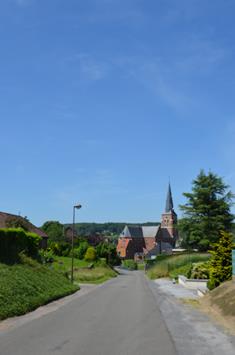 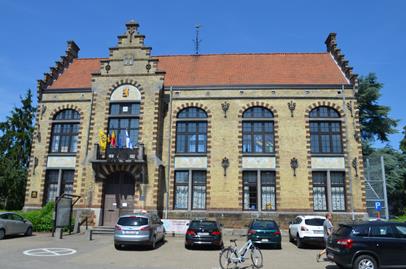