Industrial heritage in Lot and Huizingen

At first sight, the village of Lot, marked by its industrial past, doesn’t seem to have all that much to offer. Yet, it is precisely that industrial past that makes Lot so interesting. In the course of the 19th and the 20th century a flourishing industrial area developed along the banks of the Senne and the Brussels-Charleroi canal. Today, you can still see some remains of this chapter of Lot’s history. The old gatehouse of the wool factory on Albert Denysstraat is a fine example. The working-class district on Kloosterstraat, popularly known as the “Carré”, gives a good impression of how working-class people lived at the time. Thanks to the jetty on the canal, Lot is easily accessible by boat.
In the neighbouring village Huizingen you can find the paper factory of Huizingen, also called the Catala site. Built early 20th century, this building is typical of the industrial architectural style of that time. The paper industry was once very common in this area. Clear traces of paper factories are also to be found further along the Molenbeek valley. The best preserved example is the site of the Herisem mill. The Catala site is only opened to visitors on rare occasions. 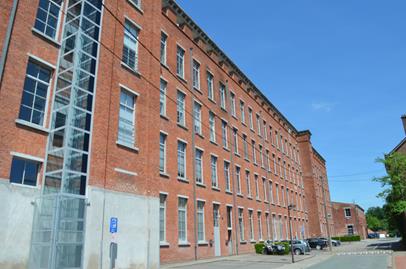 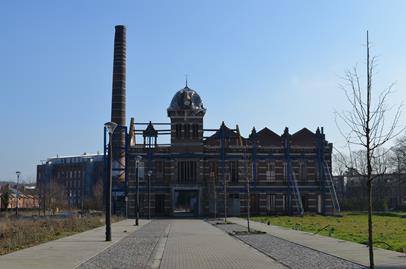